MyPHO users are currently unable to update subscription preferences. We are working to resolve the issue.
Save Share Print
Welcome
About
News
Research in Action: Dr. Erin Hobin

If you’ve wondered how many calories are in your favourite submarine sandwich or tried to figure out the nutritional content of a kids’ meal at a fast food restaurant, so has Dr. Erin Hobin. Her research on nutrition labelling in supermarkets and menu items in restaurants is turning up answers that have big implications for our health.

A scientist at Public Heath Ontario, Hobin looks at policies or programs that promote healthy eating and physical activity in the population as a whole. Some of her most intriguing findings relate to food offerings at fast food restaurants and how much information is available to consumers.

Hobin saw a pressing need to better understand the nutritional content in fast food items and menu labelling, both under-researched topics in Canada. 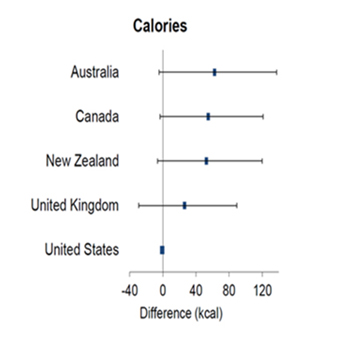 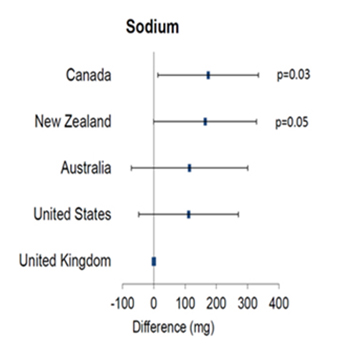 In October 2013, Hobin made headlines with a study she led on kids’ menus in fast food restaurants in five countries. The researchers compared the calories, sodium, total fat and saturated fat of food items offered on kids’ menus in the largest multinational fast food chains in Australia, Canada, New Zealand, the United Kingdom and the United States. The team also examined potential effects of new legislation in the U.S. requiring calorie labelling on restaurant menus, and recommendations for voluntary sodium reduction targets in the U.K.

“Children are important targets for nutrition interventions,” says Hobin. “Nearly one-third of children are overweight or obese, and kids’ meals are the top selling fast food items sold to children under the age of 13.”

Hobin says her findings may indicate that restaurants in some countries are responding to government initiatives to improve food environments. What’s more, these initiatives can lead to an improvement in the nutritional quality of food items directly targeting kids.

But what kind of nutrition information is actually available, and in what format, in our restaurants? Hobin is set to publish findings from a study, funded by the Propel Centre for Population Health Impact at the University of Waterloo, of the top ten fast food restaurants in Canada.

It’s a timely topic as jurisdictions across Canada consider how to get better nutrition information to consumers. The Government of Ontario, for example, has announced plans to introduce mandatory menu labelling legislation in restaurants with five or more locations across the province.

What we buy in grocery stores is also on Hobin’s radar. For example, she’s investigating how implementing a simple on-shelf nutrition rating system located beside an item’s price may affect Canadians food purchasing decisions. Funded by the Canadian Institutes of Health Research (CIHR), her multi-year study investigates changes in consumer food purchasing patterns in supermarkets across Canada with and without this on-shelf nutrition rating system.

In addition to studying the impact of an on-shelf nutrition rating system, Hobin has also received funding from the Canadian Foundation for Dietetic Research to investigate how changes to the Nutrition Facts tables on pre-packaged foods can support young people in Canada to make more informed food choices. More specifically, this study looks at whether standardizing serving sizes and interpreting % Daily Value information using simple high/medium and low descriptors on the Nutrition Facts tables of similar products can make easier the comparison of foods’ nutritional quality. This study will help to inform potential changes to regulations related to Nutrition Facts tables in Canada.

Hobin is also excited about a CIHR-funded study she just finished. It examined the impact of a Manitoba-wide policy that mandates physical education every year for students in grades nine to twelve. Policy-makers will use the results to improve implementation of the policy.

For Hobin, ‘population-level interventions’ (programs or policies that affect large groups of people) are essential to changing behaviour.

“When behaviours or conditions are affecting a large proportion of the population, it’s too hard to just address change on an individual level. It’s a lot easier to be inactive and eat poorly than to make healthier choices,” she says. “We need to create an environment where people are directed to the right choices. The purpose of policy or environmental changes is to try to make the healthier choice the easier choice.”

By collaborating with government, industry and others, Hobin says her work is providing “relevant and applicable” evidence to inform population-level programs and policies — and advance the fight against chronic disease.

Dr. Ho​bin discusses her research on policies or programs that promote healthy eating and physical activity in the population as a whole.

PHO Rounds: Opioid Toxicity Among Ontarians Who Worked in the Construction Industry

This session will summarize the key findings of the report and the implications for practice by first providing an overview of the report findings. This will be followed by a discussion on opportunities to tailor strategies that aim to prevent harm and better support people who use drugs in the construction industry. Participants are invited to engage in the facilitated question and answer period at the end, to discuss findings.

Capacity building has been recognized as a critical part of health promotion for decades.

Register for MyPHO to save commonly accessed resources, select areas of interest to help us recommend content most relevant to you, access online learning, and subscribe to our mailings.
Register for MyPHO

Use MyPHO to save content relevant to you, take online courses and register for subscriptions.